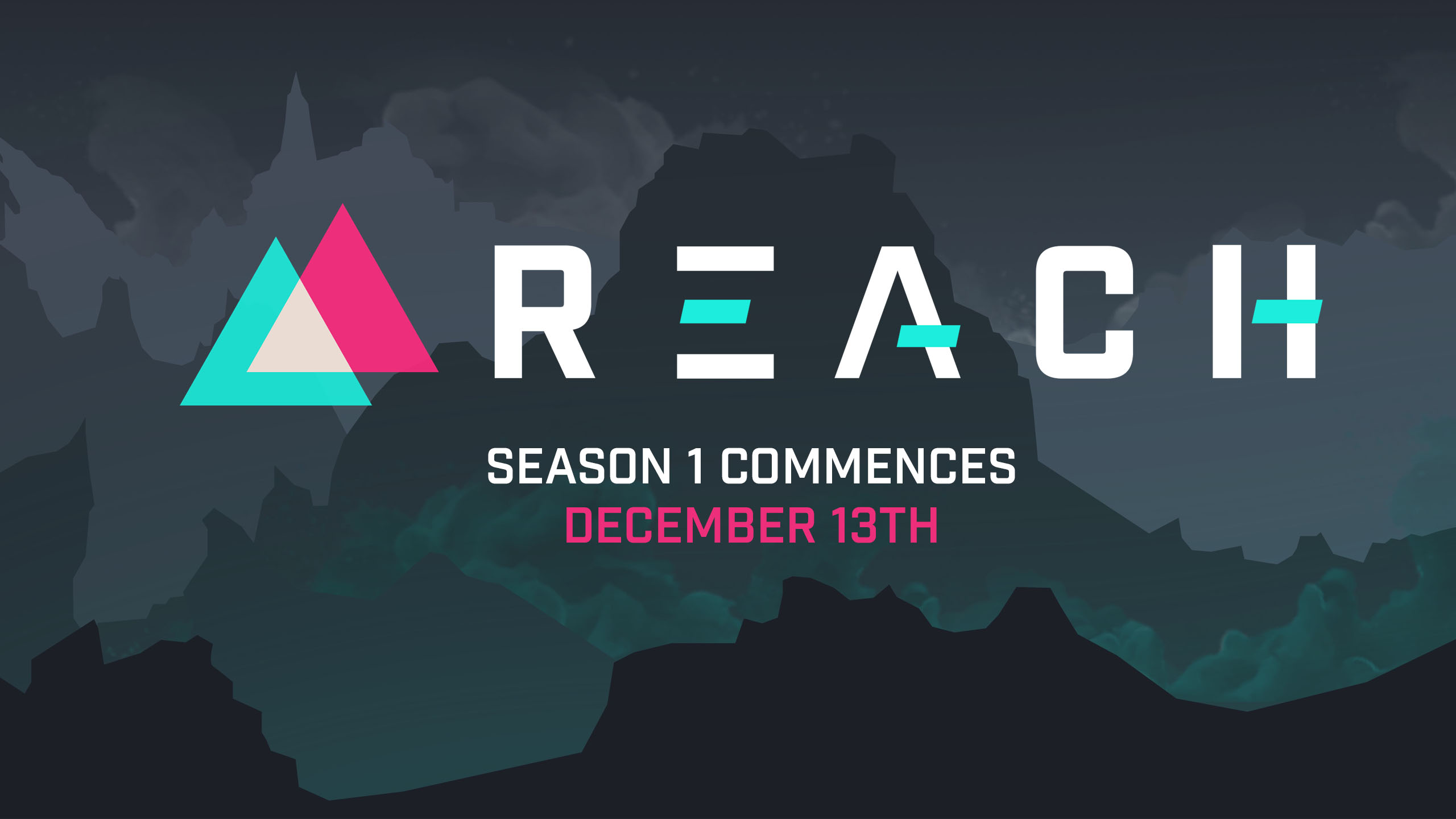 The Reach Beta concluded on November 24th and in the week since, the team has been hard at work preparing for the launch of Season 1. We got to see thousands of games played on the platform, and took in hundreds of individual comments from community members letting us know where they want to see the system go. While there are still developments being made, we’ve solidified our timeline and the work we need to be happy with our launch, and we’re excited today to share that with all of you.

Reach queues will remain offline for the next two weeks until the official launch of Season 1 on Friday, December 13th. This will mark the beginning of scoring and promotion towards our prestigious Pinnacle division, where players can begin scoring towards qualifying to the first ESL Academy event. Season 1 will run for a cumulative 93 days, and conclude on March 15th, 2020. When the season concludes, the ESL Academy draft will take place (details to follow in a later announcement) and draftees will play the LAN finals in May.

When the season has finished on March 15th, the coaches will be selecting their teams, player-by-player out of the top 40 point scorers in each region. 10 players will be selected from each region to form 2 teams each. Remember, getting drafted is about far more than just your points once you’ve made that qualifying top 40. Coaches will have access to your behavior records, and advanced gameplay stats and will be using these to create a well-rounded team. As you climb, make sure you carve out a niche, and a skill set for yourself that will be desirable to a coach looking to win.

When the teams are set, players will have a few weeks to train online, scrim, and work with their coaches before the final in May.

Academy Finals - May (Details to come)

While the above is a tantalizing and thrilling proposition for any competitive gamer, Reach is intended to be a platform for all skill levels to engage and elevate their game. MMR can be a slog, teammates can be toxic and discouraging, and it can be tough to find a training ground where your opponents will truly expose your mistakes and create a path to learning.

Every week a new ladder

Part of the work the Reach team has been doing in the past few weeks is to create a better system for mobility that relies not on your MMR, but on your performance within smaller ladder windows. Once initially seeded with your Dota 2 MMR, players will be pitted against each other in 1-week ladder windows where 100 players duke it out for 10 promotion slots. While you’ll matchmake outside of this set ladder, your opportunity for promotion is much greater and will see a solid performance in any given week rewarded with a chance to challenge the next tier of competition. We want players who are doing well to not just have a reflective measure of their wins and losses, but rather to be challenged with new levels of play that will make them question their assumptions about the game.

As part of our commitment to developing a healthier scene for competitive players, we’ve hired admins to take on full coverage of all active Reach play sessions. We’ve been working with these admins to develop rigorous community standards, and will aim to combat toxicity, griefing, and other negative behaviors with a zero-tolerance policy. Any time you’re playing Reach, there will be someone ready to help, should any issues arise. Regardless of your skill level, we believe that players committing to Reach should be ready to learn, cooperate, and coordinate with like-minded players.

Reach has one goal, to elevate amateur and aspiring Dota players. Each week, ESL will be creating content focused on stand-out players in the league, and covering big plays as they occur. Additionally, we want to help signal boost you and your content. Players streaming Reach matches will be featured prominently on the Reach site, as well as getting the occasional shout-out from our social media.

Reach is part of a package deal with Dotabuff Plus. To play, you’ll simply need a Dotabuff Plus subscription, at the same great price it’s always been of $6/month, or $56/yearly. This of course gives you access to the full suite of advanced stats and replay analysis that Plus brings with it’s Truesight engine, as well as the entirety of Reach league play. To play in Reach is a commitment to playing in a serious, moderated environment. Everyone playing alongside you has opted to pay to be a part of a more dedicated, more serious, and more friendly environment. That self-selection process, combined with our suite of behavior tracking tools, and staffed admins makes us confident you’ll have your best solo queue experience ever on Reach. Amazing work fellow dota friends, lets continue to advance as a community and may the best players get noticed!
I will be at the top bois, i will support my teammates until we achieve greatness! You barely had players for the beta season . Payed subscription means there will be even less immortals and lower rank than before. Not sure how this will work . I tried to play during beta and waited 50 minutes as support without finding a match. I gave up after waiting for that long. And that was in beta which was free. I certainly don't think I would pay any money to wait indefinitely to find games as there doesn't seem to be a big pool of players. I also visited the discord and was amazed by the number of toxic comments on the channel feeds. That did not look to me as appealing to incentivize me to join Reach and certainly did not look like the nice community they are proposing they have or will have. I hope someone changes my mind.

^^Its pretty convenient for immortal players . I remember playing pos 3 pudge for shits and giggles i think and i fed like 8 times in first 10 minutes and i saw that i was matched with top 300 players meaning a 2k-2.5k mmr difference and all they said to me was "bro play ranked dont queue for reach" and i felt that i totally accept i ruined their game . So for ancients i dont think the queue should be too good . Paid subscription will ruin everything how this works.. lets go