On February 25th, 2020, Valve announced a new system for their official Dota 2 pro scene. They described it as:

“..a new system that presents competitive Dota in a more scheduled and consistent way during the year and features a better structure for the development of Tier 2 and Tier 3 teams.”

In this article, we’ll look at how the official Dota pro scene evolved over the past three years and speculate on these new changes.

The evolution of the DPC season

The first Dota Pro Circuit season was announced for 2017-2018. This was Valve’s first attempt at organizing a year-long type of season that led to The International. It was headed in the direction of pro sports leagues like the NBA, NHL, or NFL, with a regular-season (many tournaments) and playoffs for a champion (TI).

The year was pretty chaotic with tournaments happening every other week it seemed. There were tons of tournaments, tons of prize money, tons of action, tons of games, tons of Dota, but it was very unorganized. The sheer volume of tournaments made people criticize the prestige of the Major tournaments that year. 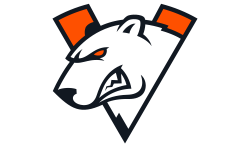 Virtus.pro was dominating. They won five Majors and placed high in many other tournaments.

There was so much action that 3rd party events basically didn’t exist that year. Because there were so many tournaments, teams were mostly focused on earning a spot at a DPC event in hopes of earning points to make it to TI8.

In the next season, there was more organization. There were only ten tournaments, five minors, and five majors. This led to more time and opportunities for 3rd party tournaments to happen as there was a lot of downtime in between DPC tournaments.

This increased the prestige of Major tournaments simply by reducing the amount of them.

That was the year of 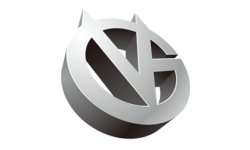 This current season is more of the same since last year. The only major tweak was in the qualification system. Teams now must make it to the top ranks of the Major qualifications to participate in the Minor tournament qualifiers.

The basic overview is:

Each region doesn’t have 4 or 8 teams that could properly represent their region at a minor or major so having 16 of the best teams in a region playing against each other will definitely help improve the overall quality and skill of teams in the tier 2+ scene.

Some problems this solves

Some problems this may cause

This regional system solves many problems that fans and pros alike have been asking to be solved for years. Better late than never right?

The system provides many new changes and constraints that haven’t been seen in the scene before. Whether or not this raises the tide and all the aspiring pros and established pros alike is yet to be seen.

So far, I’m 50/50 on these changes. I like that they’re promoting the tier 2+ scene but this would have been so much better years ago.

They should also make league for dogshit tier .

Of course providing tier 2/3 team a chance was huge deal (how Beastcoast was basicly peruvian stacks placed 6th in TI was a very welcome change).

Off to other topic, bringing this change doesn't really help new players to come by (still helping people to stay in semi-pro scene though). Although this attracts people who played other similiar game (such as Khezu from HoN or KyXy from LoL), how to bring more people playing Dota? Is this game destined to die?

^^I mean dota should try to make a campaign , no one wants to play a game in which they have to learn 100 things at a time . Thats literally all i can think of . It should be mechanic based like in the first map u have to be able to outfarm the npc , the next map is an allout brawl , target the disruptor in the backline instead of the frontline bb etc . The 3rd map is about item decision , to kill lion make a bkb . shit like that

I think at this point, Valve is not concerned with growing the player base. If they were, they wouldn’t have added 60 more items you have to learn with a constant increase to the number of heroes. With that said, I like the idea of a “campaign mode” style tutorial over what they currently have. Or they just create a variation of unranked all pick where there is 50 easy heroes and a reduced number of items. That seems like it would be very easy to implement and would be good for new players. Regarding the fixed slots for each region. In Football/Soccer, there is something called UEFA Coefficient (UEFA is european football ruling authority, like Valve on Dota tournament), which is a valuation system to determine which country is given more slot than other country. So, each region's team performance on big event like Minor/Major/TI will be valued based on their placing. If a certain region got a complete dominance over those events (i.e. OG and Team Liquid from EU Region got top 2 placing at TI9), than those region will be given more slot than other region. It's more of a Merit system, and it doesn't diminished any lesser region because every region will be forced to show their absolute best to earn extra slot. Now it's down to how the system is set if it is truly get implemented. I think a system like this will be ideal, to me at least

who is going to watch T2 games when it clashes with T1 games....

the relegation and promotion system is good tho..

why not just follow league's system. that one is perfect. (except the splits)

You're dang right we won't have runs like OG anymore, and thank goodness, too.

Listen. TI is the culmination of a year's worth of hard work, and the mere presence of open qualifiers has proven more than once that all the tournaments leading to TI are just practice. In fact, it's been shown to be BETTER to avoid them and keep your strats and mind fresh. Why anyone would want that kind of cheap backdoor means to victory in DPC is beyond me, as it actively discourages players to compete. Think about it: if Ana had played all year long, would he have been as unpredictable and dominant, or would his preferred heroes have been nerfed into the ground like Nisha experienced?

And now we are seeing other top tier teams doing the same thing. This should have been fixed 5 years ago when Newbee pulled this move. So yeah, I'm happy to see the league value consistent skill over being hot at the right moment. I think they should have kept the open qualifiers for TI, at least for one or two places.