The Only Pulling Guide You’ll Ever Need 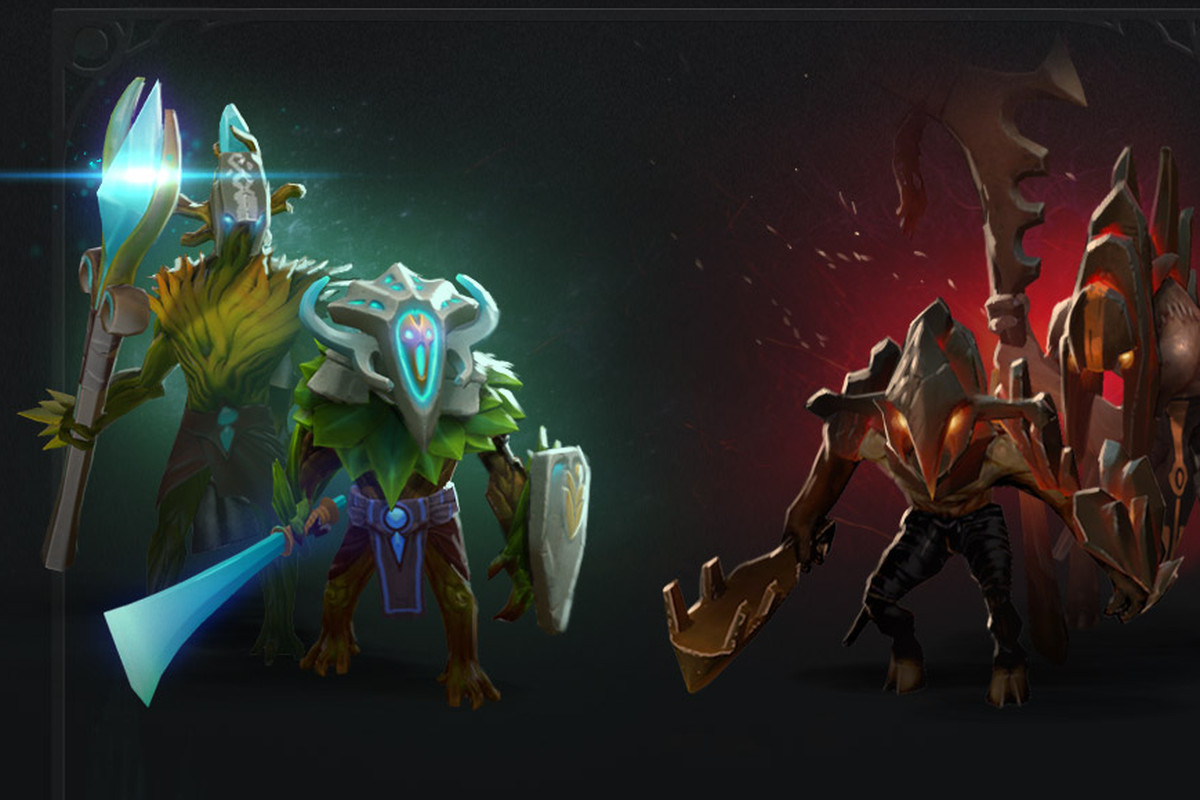 The way that Dota is being played right now requires 2 players in their individual side lanes to work together in order to come out ahead. One of the best ways to gain an advantage in lane is understanding how to manipulate waves through pulling creeps.

Why do we pull?

One of the main reasons that we pull is to deny experience and gold to the enemy. If the enemy is not close to the pull as it is happening, the amount of exp for the enemy on the next wave will always be a net negative. When you pull lane creeps, at least 1-2 creeps will always die. The enemy will not get experience for those. Over several pulls, the experience discrepancy will get larger and larger. In addition to denying the opponent the experience, the support who does the pull gains extra experience on their side by killing the small camp.

The second reason to pull is to change the lane state so it is more advantageous to your side. In order to understand this concept, it is important to understand what can be considered an advantageous lane state. The most basic guideline for a good lane state is that the creeps from both sides are meeting right outside of your tower. This means you are safe from ganks and the enemy probably cannot dive you; it is the safest farm that you could be getting as a carry. The entire laning stage is a combination of the support and the carry trying to achieve an advantageous state. Pulling is a method of going from a disadvantageous lane state (when the creeps are under their tower) back to an advantageous one because it delays the creeps that are coming next, and will make the creeps meet closer to your tower. BSJ has a really short and sweet video to properly explain this concept.

Despite what most people think, there are several pulls that can be done in order to reset the lane equilibrium. Each of these options lead to a different result in terms of your lane equilibrium. I will show you what can happen in each situation:

The amount of damage that 1 small camp can do to a creep wave varies from merely delaying it and getting rid of none of the creeps, to getting rid of 2-3, which plays a large role in terms of experience.

An easy rule of thumb is that as long as it is not the kobold camp that has 5 creeps in it, a single small camp should be able let you deny 2-3 creeps from your wave, as long as you're completely focused on denying, and most of the time the priority should be denying your creeps as much as possible. In the case that you do get a kobold camp, you will be able to deny 1 creep to none as the kobold camp specifically, dies too fast to deny any more creeps. A stacked small camp will be able to eliminate an entire creep wave while having some creeps remaining which can be used for another pull or cleared by either you or your carry.

It is important to understand that there are more ways to shift the equilibrium of a lane to gain an advantage, and as players are getting better and better, understanding these different concepts will improve your laning ability greatly.

It is important to understand that in any side lane, both sides have access to a camp that can be pulled. The offlane duo will have access to the hard camp closest to the lane and the safe lane duo will have access to the small camp. During a laning phase, both sides will always be attempting to pull their individual camps in a constant struggle to gain an advantage, so blocking the enemy camp with either your body or a ward is incredibly advantageous. If you can pull and your opponent can’t, you will usually have an advantage in terms of levels/experience.

Shown below are some of the ward spots that I have personally used to block camps. First, let's look at blocking Radiant and Dire small camps: 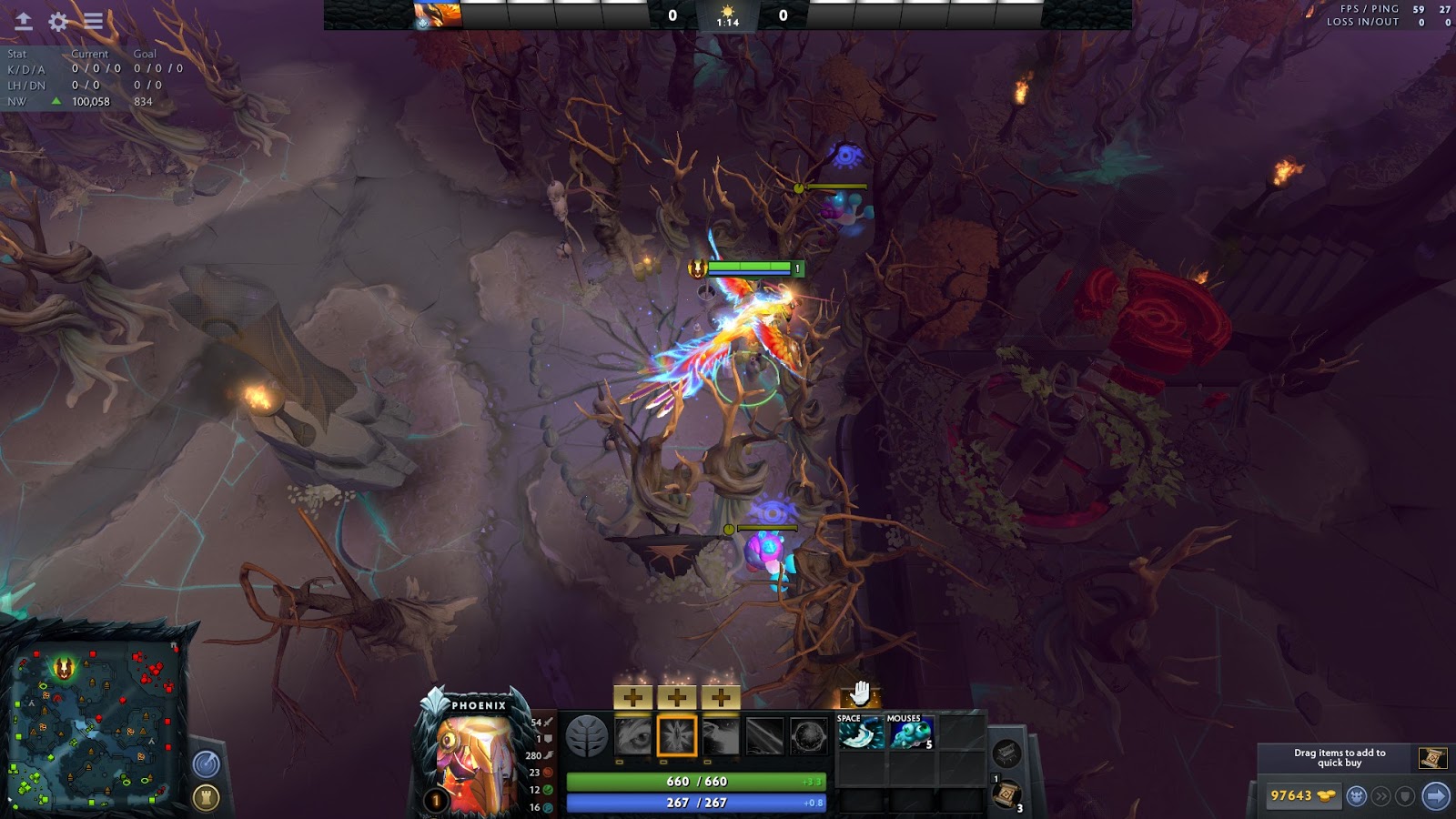 To block the Dire small camp, the ward to the north of phoenix usually takes two sentries to de-ward if the opponent doesn't see you place it in that area. Most supports put a sentry right outside the small camp and the top ward does not get scouted by those. 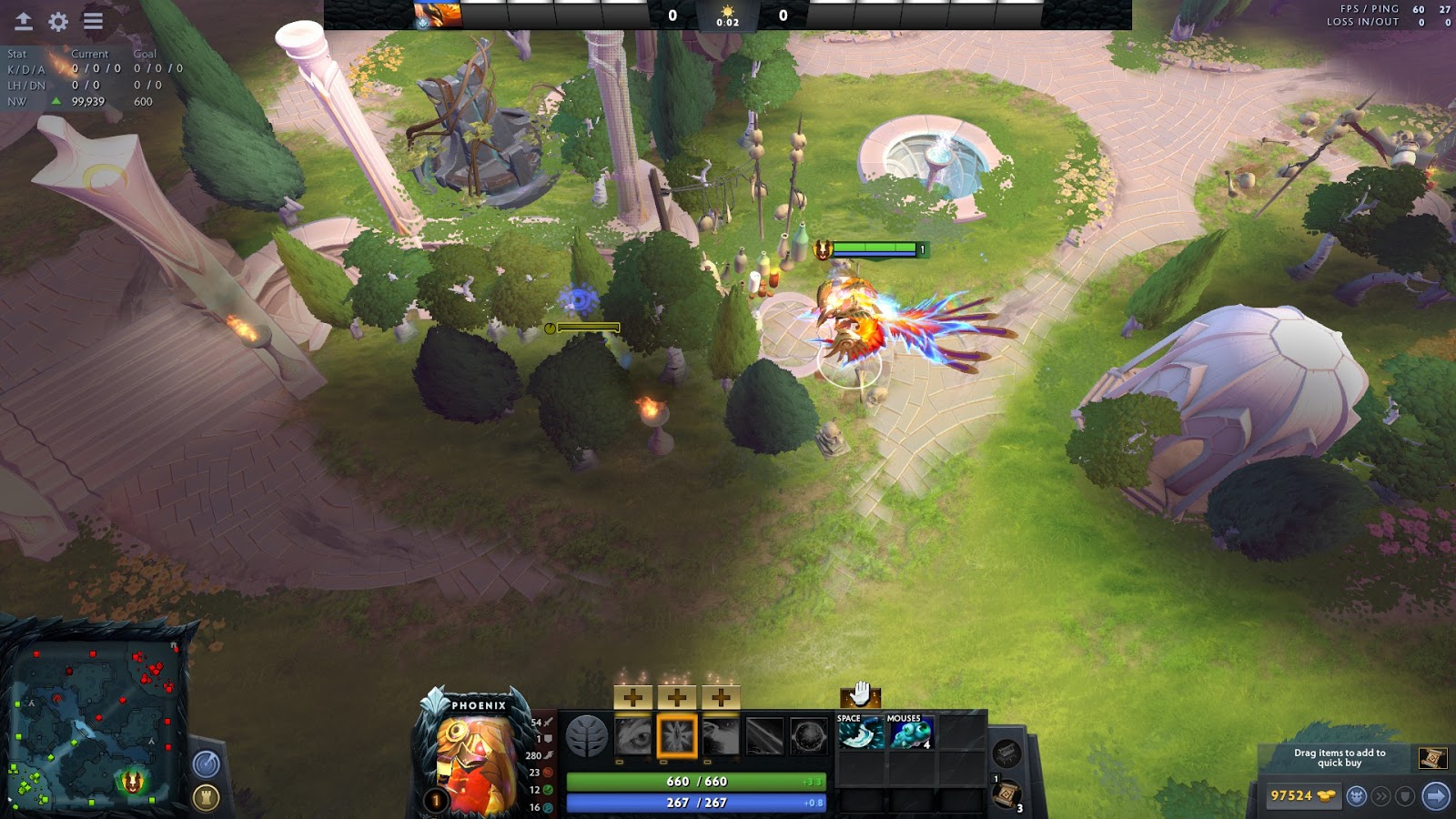 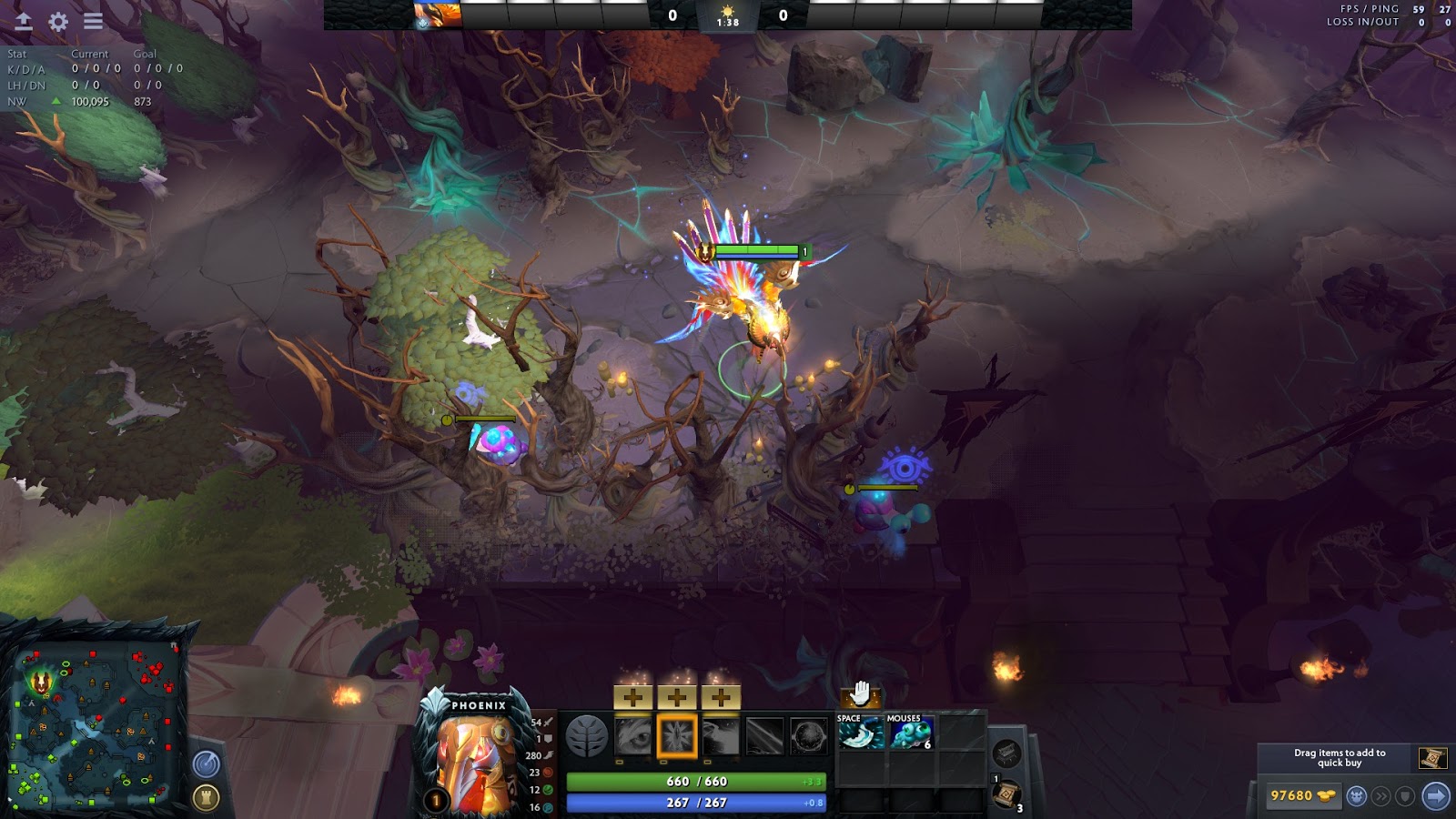 The Dire hard camp can usually be covered by a single sentry on either side of the camp, but the sentry on the right, in particular, will take the enemy support more time to spot 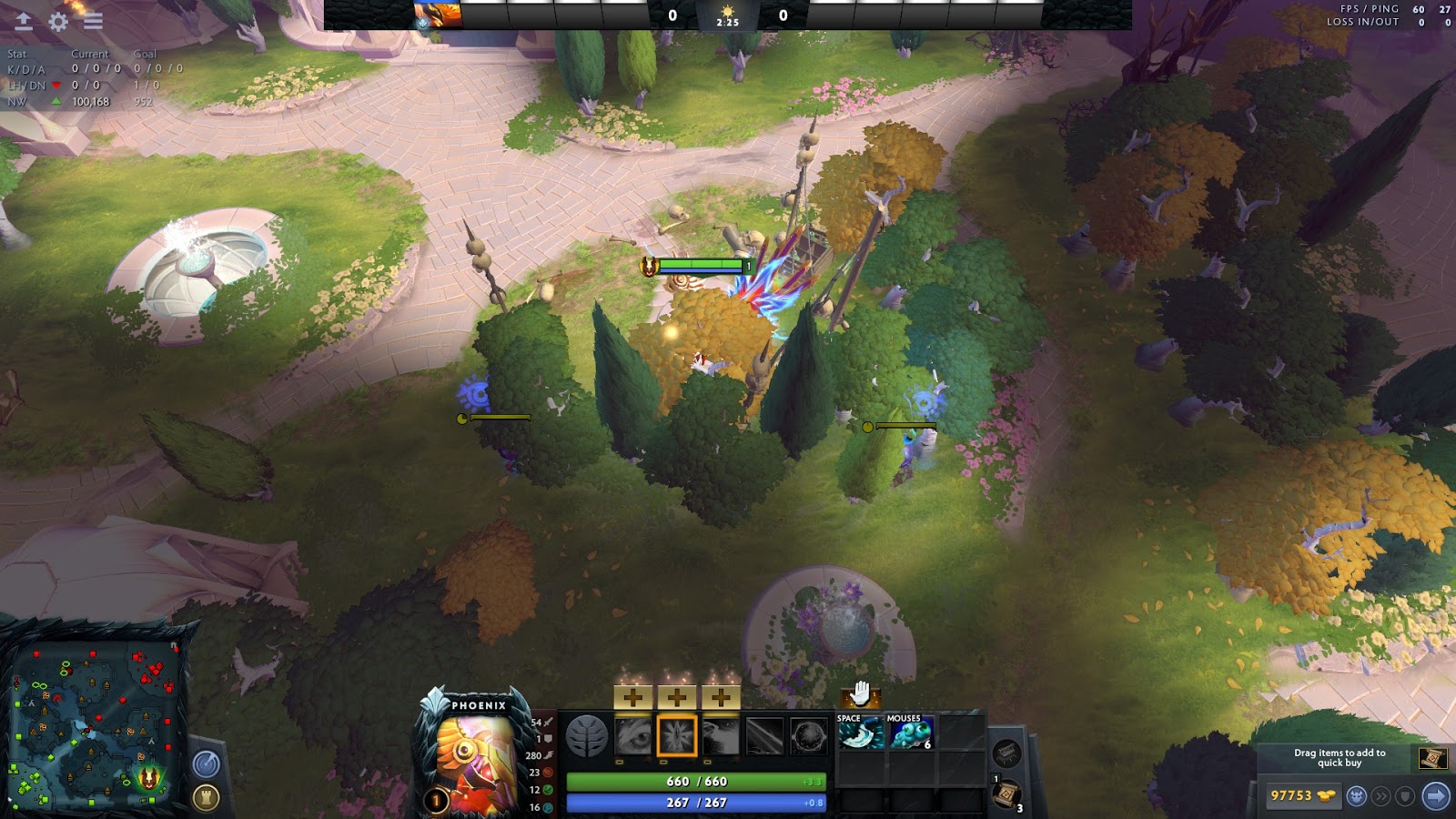 For the Radiant safe lane hard camp, the ward on the right of Phoenix is the one to go for first as it does not get scouted by a sentry in between both the Radiant small and hard camp.

A good rule of thumb for support players is that if your lane is in an advantageous state and your core is under your tower, you do not need to be there. As a support, it is best for you to go into the enemy pull camp and try to interrupt their pull. The longer you prevent the enemy from pulling, the longer your lane will be in an advantageous state. This point is especially true if you are the stronger support and the enemy support cannot contest you as you interrupt their pull.

An extra tip is that even if the enemy manages to get the pull, if the creeps are pulled to a small camp, there will always be a few creeps remaining. As the support in the offlane, you can A-click an enemy from any distance in order to draw the creep aggro to you and drag the remaining creeps closer to your tower to keep the advantage state for a longer period.

Cutting down the correct trees in Dota is usually advantageous to your laning phase. It is especially important for a radiant side carry to use a quelling blade to chop trees even before the bounty rune spawns. It allows the support to have access to 2 camps to pull from instead of one. Other than some niche situations, it is advantageous for the carry to chop as many trees as possible in their vicinity in order to see ganks coming easier or even to create paths that didn't exist in the trees beforehand.

Pulling creeps is a unique mechanic in Dota 2 and can determine whether or not you win a lane. I hope that with this guide, you've learned something new and applicable to your game. Understanding how different creep camps interact with the wave, and the different options to prevent the other side from getting what they want is the fundamental push and pull of a lane in Dota 2. Please share your tips for lane management and pulling in the comments below!

Nice aticle, really helped. Please make a article on underused items by low mmr players such as faerie fire, raindrops and importance of using them. @binod understanding early game items is something i will definitely look into! thanks for the idea

How often is "pulling through" relevant these days? I don't play often enough to know if its still useful anymore How often should I pull out? 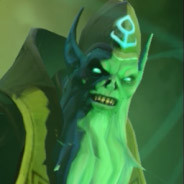 @Hangdog as often as u could Really surprised not to see partial pulls mentioned. The new aggro rules let you do a lot more with pulls, the main one being that if you do it very early/late, you can get just one or two creeps from your wave, typically the ranged creep. This lets you deny a ranged creep right from the start, even to an unstacked kobold camp. Puppey has been doing this a lot, try it out. These wards spot to block camp will help ! Thanks for the article. BSJ is a virgin c00mer

Cool beans, this is easily my weakest area of playing a support role. Theres mostly idiots reading this you should include agropulling NOTHING IS MORE ANNOYING THAN A CORE THAT CANT AGRO PULL!!!!! Decent article man. Seems best to always stack then pull small camp and use that mostly