The Pride of Nyx 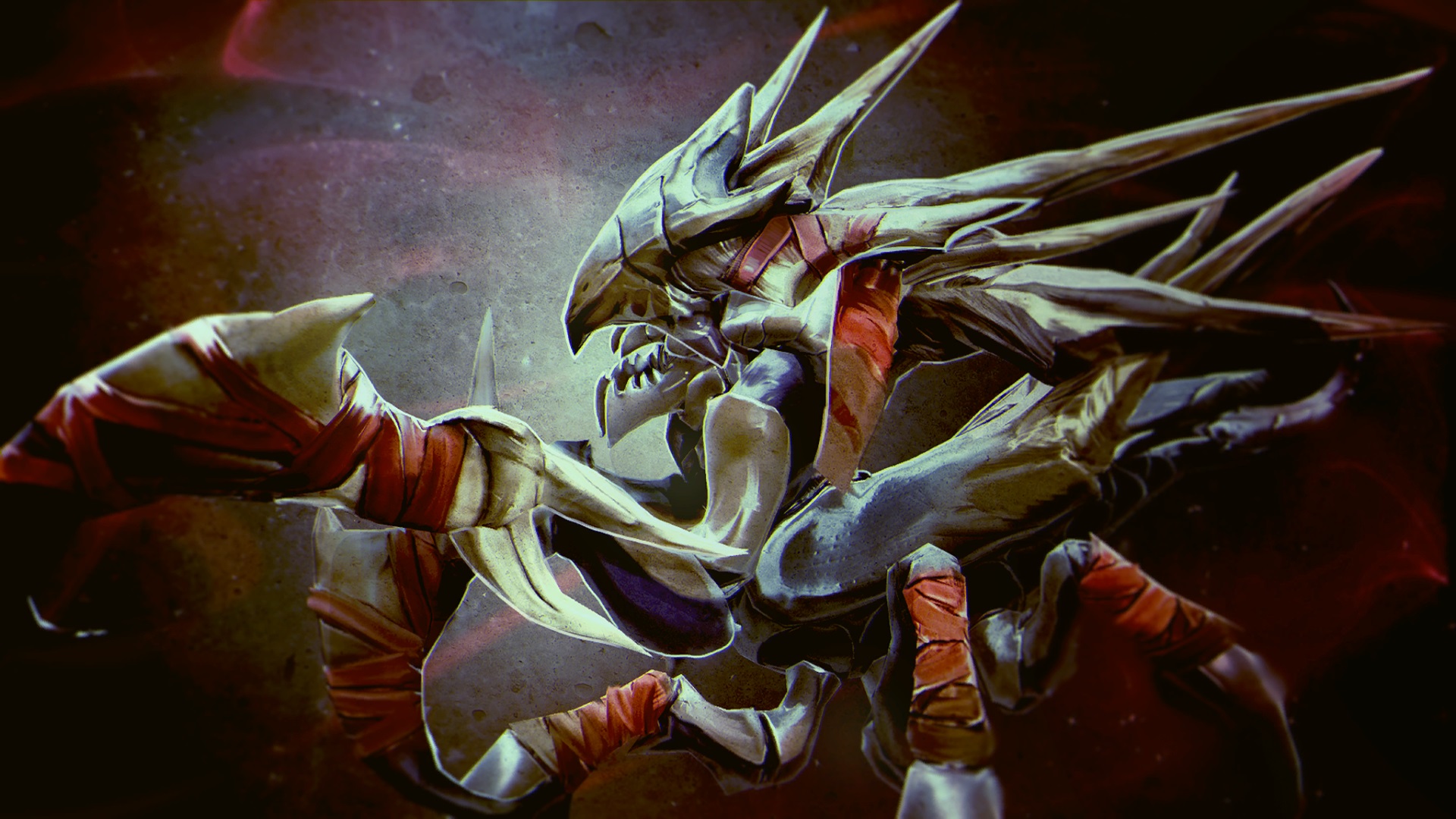 Support is not a popular role and yet it boasts the two most popular heroes in Dota. Pudge and Lion have sat at or near the top of the charts in hero popularity for most of the game’s history. Pudge, as we all know, is for the memes. Even when you’re playing a serious game of Pudge, you’re kind of still just memeing around the entire game. Lion is more of the quintessential spell casting support hero. With disable, burst damage, and Mana Drain you get to feel like you’re constantly doing fun things on the hero. Lion has also recently seen a big uptick in play at the professional level of Dota.

This is due in large part to the prevalence of hard-to-catch heroes like Puck and the need for burst damage against the likes of Timbersaw, Terrorblade, and Winter Wyvern. The problem with picking Lion so much is that the hero is fairly weak in lane and doesn’t really come online until you have a Blink Dagger. Even with a Blink, Lion rarely escapes the carnage after jumping in to disable and burst a single target. The truth is, in the professional meta Lion is the secondary option to a different hero that has maintained a sneakily impressive win rate for a long time.

Nyx Assassin has flown under the radar for a very long time. This is likely due to rarely seeing the hero picked in pro Dota since it gets banned almost every game. Nyx Assassin has been terrorizing mid players for over a year but his pick rate still sits well below 10% in most MMR brackets. Most heroes have relatively static win rates when moving from one MMR bracket to the next. One of the biggest indicators that a hero is strong is when its win rate rises as the pick rate increases. Not only does Nyx Assassin see an increase in win rate as his pick rate increases across brackets but his win rate increases in every bracket as you climb from Herald to Immortal.

Let’s compare the stats in recent professional tournaments to see how Lion and Nyx compare.

It is pretty clear that Lion is mostly being picked due to the popularity of slippery heroes like Puck, Invoker, Hoodwink and Mirana. The instant disable from a Lion’s Blink Hex is still necessary but the hero itself is so susceptible to being instantly killed that it can be hard to find value in a lot of team fights. A Nyx Assassin with good positioning should be able to catch these same heroes with Spiked Carapace and proves to be a much harder target to eliminate. In some sense, the Dota proverb of invisibility equals invincibility applies quite well for Nyx Assassin.

Of all the items you might associate with a good Nyx Assassin game, Fluffy Hat is probably not the first thing to come to mind. The 250 gold item may just be the most pivotal part of the hero’s progression throughout the game. Like many support heroes, Tranquil Boots and Magic Wand make up the primary early game essentials. There is a sprinkling of people buying Arcane Boots but the item tends to be too expensive for a hero that is supposed to spend almost 100% of its time not hitting a single creep. The ultimate goal of any Nyx Assassin should be to buy an Aghanim’s Scepter as soon as possible. The item turns Nyx into an immensely powerful team fighter, space controller and tank. The 4200 gold build up is quite steep and while it does provide a solid chunk of stats, waiting for a 1200 gold Point Booster or 1000 gold Ogre Axe can leave you feeling incredibly squishy in early skirmishes. It is a big problem for a melee hero who relies on being in the middle of the fight for value.

This is where Fluffy Hat comes into the picture. For only 250 gold you get 125 health. That is only 50 less HP than the 1200 gold Point Booster and 75 less HP than a 1000 gold Ogre Axe. Team Nigma’s GH has been consistently buying two Fluffy Hats before pushing for the Aghanim’s Scepter. By spending 500 gold early he is getting the same value as a level 15 talent and more than double the value of any other tanky build-up item. This crucial step in the item build allows for Nyx to run in first, tank spells for the team, and survive. By surviving Nyx is able to accelerate his own farm and levels through assist gold much more rapidly than trying to rush the Aghanim’s or by stopping off for a farming item like Meteor Hammer or Hand of Midas.

Other useful support items you might consider later on a Nyx Assassin support are things like Blink Dagger, Eul’s Scepter, Lotus Orb, or Force Staff. All are great options, especially Force Staff since you will already have a Fluffy Hat in hand to build it.

The “Lurker-mode” Aghanim’s Scepter has been part of Dota since patch 6.84 and remained mostly unchanged since then. Despite all that time, it feels like the power is still heavily under-appreciated. Aghanim’s Scepter halves the cooldown of Impale and nearly doubles the cast range. It also nearly doubles the cast range of Mana Burn. It also adds an AoE stun to Spiked Carapace that doesn’t rely on taking damage to be effective. It also makes Nyx Invisible giving him a second form of invisibility. It also allows Nyx to become a front line tank by giving him 50% damage reduction from both magic and physical sources. It also increases his health and mana regeneration by a huge amount that scales as the hero gets stronger.

That may be the most benefits that a single item slot can give any hero in the entire game. The next time you’re considering picking Lion to provide your team with catch, consider instead the pride of Nyx. Very good! Nyx is probably my favorite hero, so versatile and having huge impacts on team fights. Well done It's all good and all but you used "it also" 5 times in a row in 5 sentences. Makes reading long paragraphs a bit difficult. Gotta credit Xepher for the aghs rush build. I feel like he's been doing that for more than a year. I would be spamming my nyx, but thanks to overwolf and the dotabuff app, he is always banned. Using both of those should be considered cheating, its not fair.