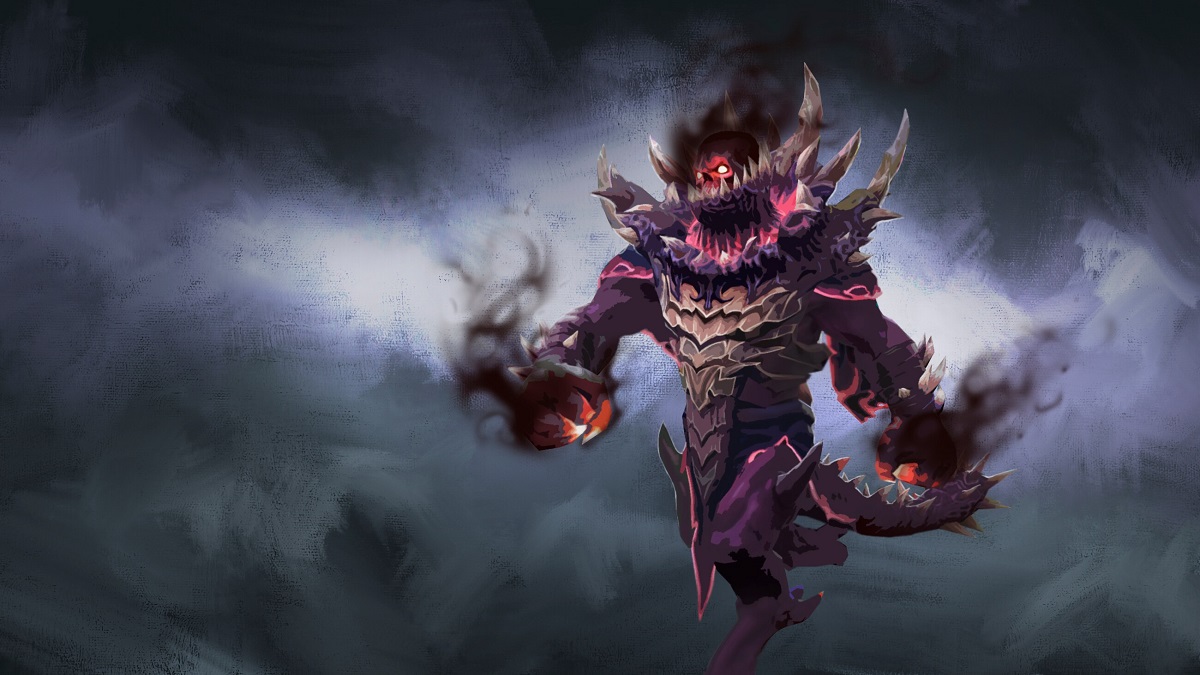 Image by Ethan Patterson and KA'aS

In our recent articles we have talked a lot about the powerful influence of the carry role in Dota. We have also discussed how many other roles have showcased heroes meant to capitalize on and enhance this carry-centric metagame. Heroes like Dark Seer, Grimstroke and Winter Wyvern perform digital judo to turn the tides and use an opposing carry against their own team. Stackers and stack-clearers have also taken center stage as accelerating the farm on a hero like Luna, Spectre or Templar Assassin continues to yield excellent results.

With all this in mind seems a bit of an egregious oversight at this point to not have talked about Shadow Demon. Currently sitting below 5% pick rate in every MMR bracket below Divine, Shadow Demon checks a lot of important boxes for a support. The hero’s impact can be a bit hard to quantify since SD’s primary focus is on setting up and saving teammates instead of dishing out damage. This is probably why the hero only shows a positive pub-match win rate in Ancient rank and above, where coordination tends to be stronger.

Dota is a TEAM Game

This is why Shadow Demon is one of the better duo-queue heroes in the game currently. By pairing the hero with your favorite carry of the patch you get just about everything a team could ask for. Shadow Demon is not the strongest laner but can hold his own against most offlane pairs. He provides a saving mechanic to bail a carry out of trouble and can even set up for kills in the right laning set up. Once the lane is secured, few heroes are better than Shadow Demon at banking up resources in the jungle through simultaneous stacking of camps. Then, while the carry goes to clear those stacks, Shadow Demon can borrow copies of them with Disruption to safely push out the lanes and ramp up their own farm.

Perhaps an overlooked aspect of Shadow Demon’s potential is the versatility he brings. The hero can act as a defensive and sacrificial enabler or as a highly aggressive one when paired in the offlane. Classic combinations such as Shadow Demon + Mirana and SD + Centaur have begun to resurface in high levels of play. Again, the hero is not the most dominant laner but Disruption can offer one of the most devastating setups for a lane partner that needs it. Additionally, Shadow Demon is a massive nuisance to any support trying to pull the lane back or stack for their team.

We would be remiss to not discuss the late game status of Shadow Demon in such a slow patch. Thanks to Disruption, the later the game goes, the greater Shadow Demon’s damage gets. Few things are more frustrating for a Luna or Medusa to deal with than getting Disrupted and having your own illusions kill the creepwave you were trying to siege the base with. In fact, any hero that buys a Manta Style to push out waves will quickly find that their map pressure is being reversed by a stronger pair of illusions.

One final point with regards to the late game is the impact of Demonic Purge. Aeon Disk has arguably been the most important item of the patch as more and more players recognize the power of being able to break up and survive a pick off combo. Nullifier remains a powerful but fairly clunky item to integrate into most carry item builds to counter this powerful defensive tool. On the other hand, many of us probably still remember the pain and frustration of not being able to escape from Sven’s devastating dispel. Shadow Demon offers this very same effect to every carry on his team, making their job much easier and the opposing defensive potential impotent.

Because Shadow Demon is such an overlooked hero, he rarely gets much attention from Icefrog in the patch notes. Over time this has caused Shadow Demon to creep upwards in power, biding his time for the right patch. Realistically, with the right strategy or draft Shadow Demon is almost always a viable option. Mechanics such as stacking, ganking set-up and counter ganking saves are likely to always be relevant. This makes Shadow Demon worth learning to future proof your hero pool, especially if you regularly play with a friend or two. I like sd but my team starts to tilt practically all the time I pick him. Low rang pubbers underestimate shadow demon a lot. Even in ranked people don't even try to evade shadow poison on lane. After they get killed by me solo on sd they realize: "Omg this skill does a lot of dmg if has 4 or more stacks". Enough said about disruption and purge.

Its still inferior to that of Dark Seer or Grimstroke aghs. The delay allows the opponent to land stuns on those illusions. Grimstroke can do many more things with much higher damage.

Still dont understand what is taking Valve so long to rework Luna's shard. She already has 54% winrate and is being spammed across all brackets.