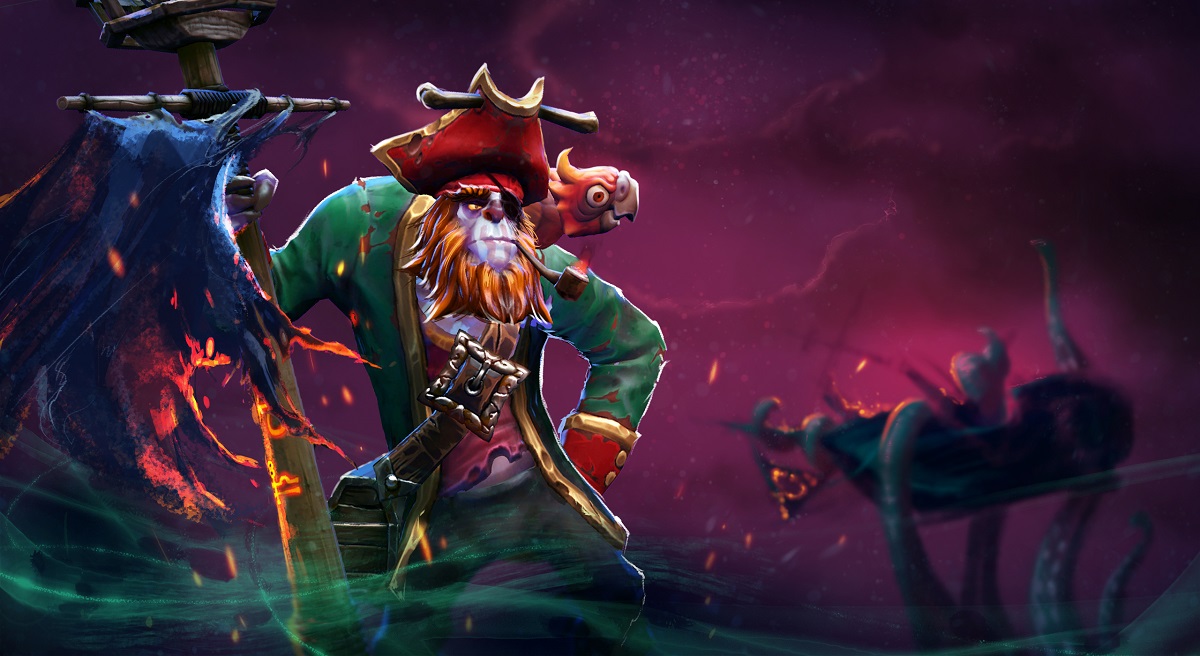 Second part of our economic changes overview will concentrate on supports. Once again, we are looking at heroes who now earn more gold, without necessarily winning more games, in an attempt to better understand how the latest patch changed the economy.

When it comes to supports, the question of why they are now better off economically is a little bit more complicated. After all, very few supports farm jungle and the biggest economic change of the patch shouldn’t have impacted them. Let’s have a closer look at some of the supports, who are not significantly better off.

Snapfire’s GPM increased by almost ~16 in the new patch, making her one of the richest supports in the game. All of that off the back of some minor nerfs and virtually no change to her win rate.

The hero lanes more or less the same as she used to, has comparable utility and the only big change is that the players now primarily prioritize her first two spells. Given the nerfs to Lil’ Shredder it is an expected adaptation, though it does leave Snapfire limited when it comes to pushing towers.

The hero’s itemization also didn’t change all that much. Most players prefer a highly aggressive Snapfire build with Blink Dagger and Shard. With the latter being available earlier, the hero gets an extra stun to really capitalize on her early mid-game prowess.

All of the above was an option before the patch, though, so it is still unclear where the extra GPM came from. The hero did get a little bit more popular as a position three in pubs lately, but the switch wasn’t significant — even in 7.30 an Aghanim’s rush offlane Snapfire was a viable option in certain matchups.

Another hero with an unexpected GPM increase. Witch Doctor, similar to Snapfire, now gets ~15 gold per minute more, though even with this change, he is still among the poorest supports in the game.

The big positive change to the hero, the one that could potentially explain why he is suddenly so much better off, is that Paralyzing Cask now deals a lot more damage to summoned or controlled creeps. Given how the whole patch was about making jungle creeps more viable, it is clear how Witch Doctor is now better off.

Coupled with a small cooldown decrease to Death Ward, Witch Doctor should have, theoretically, been in a better position, but his win rate only jumped up 0.5% to an average of ~49.5%. Moreover, his win rate in Divine+ games is below 47%, so the question of how a rather poor meta fit now earns more gold remains unanswered.

AA actually lost win rate in the new patch, but the difference is trivially small. However, his ~8 GPM increase is not trivial, at least not for a support. For a hero that received a net buff this trend is expected, but why would it manifest in GPM, rather than win rate is still a question.

The hero now lanes slightly better and trades a miniscule amount of utility for a miniscule increase in potential damage output. With Chilling Touch now also costing less mana, there is an argument to be made about right-clicking AA builds being more viable, and we saw the hero played mid occasionally, but preliminary stats don’t show a noticeable increase in the hero’s popularity in core roles.

Given how both Snapfire and Witchdoctor are in a similar position, where they generally get higher GPM, we feel like the answer lies in what all three supports have in common: their kill potential. Not necessarily in their ability to create conditions for killing an enemy, though it is also something they are capable of, but in their ability to get the actual last hit on the enemy.

Witch Doctor with his Maledict, Snapfire with Kisses and Ancient Apparition with Ice Blast all frequently get the kill bounty and that was one economy change we overlooked in our initial impressions blog post. While the change is less noticeable and even negative at low streaks, for Beyond Godlike enemies it is now almost 200 gold extra.

Coupled with a small general increase in kill bounty, as well as higher tempo of the game with more kills on average, it might just be enough to explain why these kill supports are now economically in a better position.

It doesn’t necessarily mean, though, they are better, more viable supports in the current meta. They didn’t lose any win rate and with more gold they could be more interesting and satisfying to play, but statistically there are still much better heroes to play in the current meta and that is exactly who we are going to concentrate on next week.

Witch doctor is really strong this patch. The incremental damage those bounces provide really makes him one of the most cost efficient farmer out of all supports. It is probably a matter of time before they nerf such an efficient skill. The heal that allows him to make use of all his excess mana in teamfights before he dies is also not to be underestimated, especially with 1 or 2 nulls, and becomes even more cost efficient after 25min. Being a high priority target shard is compulsory n can completely rekt teamfights. Those winrate numbers are quite surprising to me which makes me wonder if these people are not itemizing properly or not spamming Q out of fear their cores may need those jungle camps. Witch Doctor is such an interesting hero to me. Despite how drastic many heroes have changed and been reworked, WD has more or less stayed basically the same.

You could show him to a player from 2011, and he is still the same stunning and death ward casting hero, even with the added Shard and talents.

I feel like AA is being more played as a Core and that explains why the GPM has gone up and why the win chance has taken a hit... While good in early and mid game as a core, he doesn't do all too much in the late game... Especially when he gets jumped, he doesn't have good tool to survive even with farm. snap mid has been super common lately as well, it's even being played in DPC