Reach Beta - What we've learned and what we're doing. Today marks the third active day of play on the Reach platform, and the community has been buzzing. With over 600 players joining our Discord, and over 200 games played already, we've collected a lot of data. The post today aims to give our community some insight into the problems we're aware of, and working on, as well as to serve as a point of clarification for any confusion the community has. We want to thank everyone for their engagement and for helping us find and address these issues. We've fielded hundreds of individual comments, and even if we didn't reply to each and every one, rest assured they are being read, and heard. Please continue to speak your mind so we can continue to make this a better experience for everyone.

Day 1 we saw a number of issues with our matchmaker, which partially arose due to a steam API outage as the steam store prepared for their Halloween sale. This caused our bots who make the lobby invites to lose communication with the service in an unexpected way, and we had to take the queue down to correct this. A number of lobbies didn't start properly, and failed lobbies were giving abandon penalties to the behavior score of innocent players. We're aware of that, and will be developing a fix to wipe Day 1 EU games, and restore behavior score.

We've also surfaced a number of edge case issues that the bot doesn't handle well, such as games where a player fails to load in, and the game bounces back to the lobby. This was an issue we were aware of, but unable to reliably test during development, and sessions in which this occurred have helped us in getting closer to a fix.

We're also investigating issues with matches that have early abandons, or dodgers. The behavior score system in place currently does factor these things in, but we lack the immediate punishment feedback to prevent users from abusing this. If you notice players abusing dodges, please report them to Cptn.Canuck#3976 in Discord, and we'll be assessing manual suspensions to players caught leaving games prematurely. Reach is not a consequence-free league, and as we develop our detection tools, punishments will become more automated and accurate. Until that time, please assist us by using the player reporting tools, and messaging us in Discord.

We've also encountered a number of players playing on both regions which has lowered match quality for users who are playing in their proper region. Though we don't have a hard region lock, we'd like to remind players that they are only allowed to play in a single region of Reach, and will be suspended if found to be playing in multiple. Choose the region that is closest to you, and stick to it. We're also seeking feedback on the pervasiveness of this problem. Currently we don't have a hard set rule on players playing from out of region (CIS to EU, or SA to NA, etc.), however we may need to implement harder restrictions if this is a problem.

We discovered a number of minor issues in our scoring system, primarily an issue causing players to earn slightly more points on certain games than was intended. We're investigating a fix on this, and it will apply retroactively to games that have already occurred, so there may be a slight leaderboard shuffle once that fix goes live.

We've also promised to correct a number of issues from server instability that caused game problems. Notably, the games played on Monday on the EU play session will be invalidated, as well as a small number of other games that had early leavers and other bot related issues (such as games starting before all players were in the lobby). There were also a number of games that weren't scored in EU due to a steam outage in Day 2 that we'll be addressing as well.

We're aware that there are frustrations around match balance. We're currently exploring the best course of action for adjusting this and it will take a bit of time for us to determine the most appropriate actions to take. In the meantime we will likely apply a soft fix that should help balance a number of games in the coming week or two, then continue exploring more extensive options from there. We've already begun using this data to frame our thoughts around the structure of Season 1, and your feedback has really helped us target our ambitions for what the Pinnacle division will be.

We hear you. We want to thank all of our beta players for participating, and want to ensure them that their concerns are being heard. We're working to make Reach the platform that high tier Dota needs, and these improvements will be continual through the beta and onward from launch. I just saw Moonmeander f***ing play at this tournament as well. Goodness. 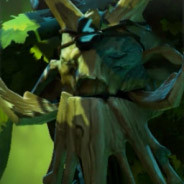 wowe very cool! hope i get to see the real inxac dota! 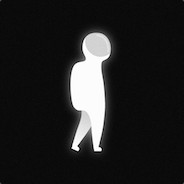 man, its depressing that a lot of players throw/break items/dont know how to play their role cause they qeue for EVERY ROLE.... this league should be more serious and i feel like this has happened in 70% of my games. Are the matches able to be spectated? If so, can you keep a list of the games on the website, so we can watch? how can i join this?