The Three Most Important Heroes of the Professional Scene 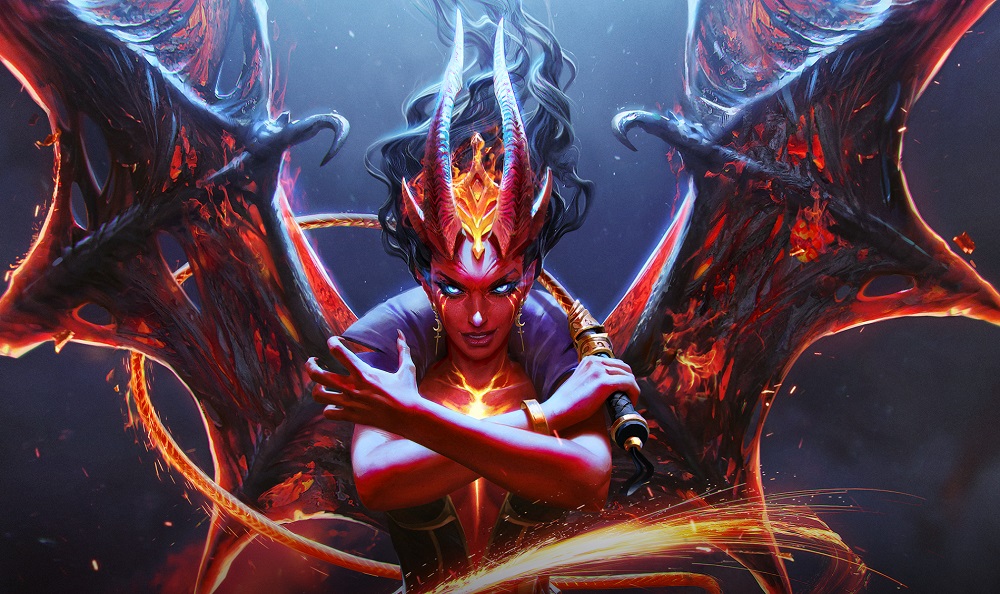 While pubs keep on getting dominated by summoning heroes, professional players still prioritize flexibility during the draft. Queen of Pain, Ember Spirit and Dragon Knight became some of the most important heroes in the pro-meta not because of their strength, but because they can be effective in most positions and in multiple different lanes.

One of the most oppressive laners, Queen of Pain was historically a mid only hero. She has almost no bad matchups and her impact in the midgame, while limited to straight damage, is pretty huge.

We feel like this laning prowess is what eventually led to experiments with various lanes for Queen of Pain. Heroes like Centaur Warrunner, Mars, Underlord and other tanky frontline heroes might be good against most typical carries, but against QoP they suffer. The same can be said about the absolute majority of relevant position one cores.

By putting the hero in a priority lane, teams can easily get an advantage in the midgame, and in the current meta, that matters a lot. For the most part, from what we’ve seen in the professional scene, the hero is primarily used to shut down the enemy playmaker and initiator. By doing so, QoP can become the dominant force on the map for a pretty long time, and that either allows her to create space or start working towards finishing the game.

In some situations where QoP core matchups are particularly bad, she can even be switched to a position four support. While it might not be the best of ideas for pubs, we still firmly believe that everything can work.

Mobility is never out of fashion, it looks. Ember Spirit has been changed so many times since his introduction to Dota 2, but finally we feel like the hero is in an awesome spot. He is not overpowered by any means, but he is flexible. Both in terms of his role and laning, and in terms of his build.

Are both physical and magical Ember Spirit similarly viable? We don’t think so, but the edge the magical one has over the physical one is pretty small. In certain games there is a reason to go for early Desolator and then transition into Crystallis. In most games, going for Vessel, a save item and then the Aghanim’s or Radiance will yield more benefits.

Ember Spirit as a position three hero is incredibly situational, still. Sure, the option is there, but it is rarely the initial plan for any professional team, but rather a forced adaptation. So definitely don’t try this at home: your MMR is on the line.

Dragon Knight was one of the least popular heroes in Dota a couple of years ago and it was never the strength of the hero that was the problem. The hero is just too vanilla for most pub players, who frequently prefer having fun and looking awesome, to winning.

Well, currently, with Dragon Knight becoming one of the most important heroes in the professional meta, even pub players started experimenting with him. Like QoP, he can start in virtually any lane, and at least break even in it. That is a very important factor in the professional scene, but it is also quite important in pubs, if, for example, you get Brooded and need to adjust.

Is the hero as boring as the community always thought he is? We don’t believe so: recent changes to the hero made him significantly more interesting to play. He is a force to be reckoned with in the late game and one of the prime single-target initiators in the game.

Later, he can be used to great success in pubs and with a simple Blink and with the help of a support, Dragon Knight can start roaming the map, finding kills and immediately translating them into objectives. Just make sure to adjust your build accordingly, if you play position one as DK — most professional players on this role go for Shadow Blade instead of Blink for the added DPS.

Professional meta is an entirely different beast from pubs, but there are definitely lessons to be learned. Successful Dota players have to be flexible and given how the drafting stage in All Pick is currently pretty volatile, being able to switch roles and lanes is an important factor in determining the winner.

For the switches to be effective, you definitely need appropriate heroes that can allow for it. Or, alternatively, you can focus on refining and learning the three most important heroes in the pub meta: Lycan, Nature’s Prophet and Beastmaster, who we are going to discuss in one of our future blog posts. who calls the dragon knight?
CdB, the best 2k team in SA. Huskar can deal with qop in lane

Agree. DK is the most boring hero. Cool ult though.

DK was my favourite hero to play. Verastile build, strong laner, great scaling. And in dota 1 i like how his name changed to Arc Honist when transformed (for reasons?, he's the only does that).