Dark Seer might be the answer to the meta 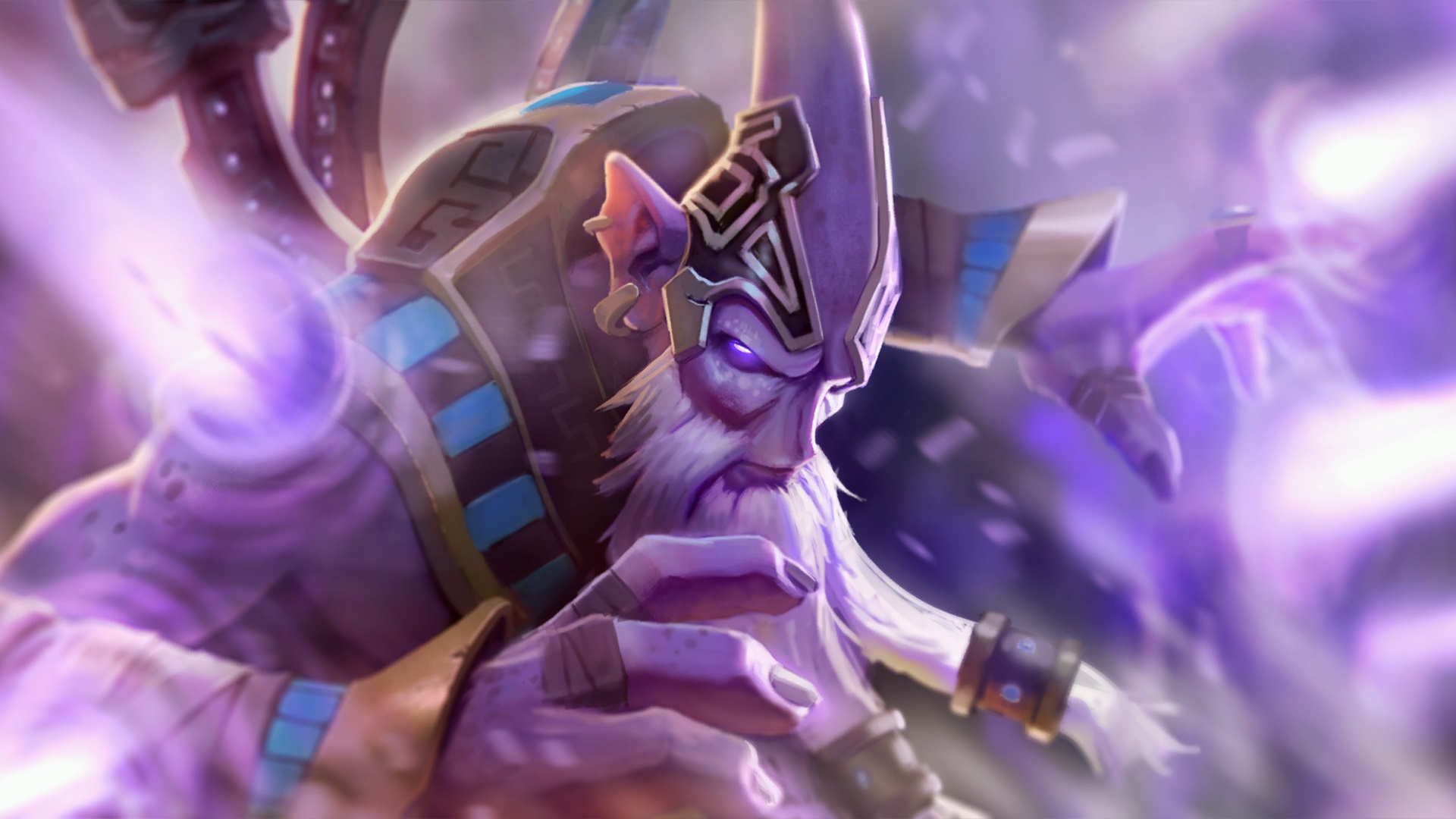 Our last several articles have talked about the late game bias and slow pace of Dota’s current metagame. Teamplay is rewarded heavily and these late-game hyper-carry heroes like Spectre, Luna, Terrorblade, and Medusa reign supreme. Greed is sexy and it often feels like the slower you play, the better your chances of victory. It has been very difficult to find answers to this style of play and it has made Dota a pretty static experience lately.

One decidedly unsexy hero may be the perfect fit and the perfect answer to our current Dota experience. Dark Seer is a pointy-headed, support-heavy offlaner that currently holds a 54% win rate in every skill bracket. It is a hero that holds very little appeal to the casual Dota fan thanks to his almost non-existent ability to kill heroes and hilariously clunky mechanics. From long cast animations to poor attack and move speed, the hero often feels like playing an out-of-date MOBA while everyone else is moving in fast-forward.

All the things that make Dark Seer an unappealing hero to pick up and play are what make him great in the context of an actual game. Nearly all of Dark Seer’s ability kit is meant to help allies succeed. Vacuum enemies together so your carry can cleave away. Give your mid laner a Surge of movement speed so they can chase down and kill an escaping support. Boost your weak team’s early game damage so they can stand and fight for objectives. Even much of Dark Seer’s farming is about as noninteractive as it gets as you Ion Shell an incoming creep wave and quickly run back to your allies.

This is the brilliance of the hero. Dark Seer is an extremely unique hero because of his extremely linear power curve and team-focused gameplay. The later the game gets and the stronger everyone becomes, the better Dark Seer’s impact. Thanks to Wall of Replica, a free farm enemy carry becomes your free farm carry. This is what makes Dark Seer so cool and effective in the current meta. While Ion Shell and Surge can certainly push the pace when paired with aggressive heroes like Ember Spirit and Slark, Dark Seer also doesn’t mind if everyone would prefer to sit in the jungle farming.

Dark Seer is also one of the only heroes in the game that can continue farming and pushing out creep waves while being with his team. This ability is extra important in the current meta because constant lane maintenance is one of the game-deciding factors in the mid and late game. An Ion Shelled creep will cleanly push several waves of creeps, demanding a rotation and splitting up the defending team. Because Dark Seer can do this without having to physically be at the creep wave it gives one of the most reliable number advantages in the game. Add in a well-placed Wall of Replica and you’re suddenly looking at potential for a 9v4 team fight in terms of damage output.

In this late stage of the meta, Roshan has clearly become the most important objective for ending the game. The offlane hero pool now mostly consists of blinking initiator heroes that have teamfight impact. Heroes like Dragon Knight, Tidehunter, and Mars help set their team up for fights but have also strayed away from heavy aura item builds. Dark Seer is again pretty unique in that his build path almost exclusively revolves around team-based auras naturally. The extra sustain from an early Guardian Greaves is a huge momentum swing that you won’t often find from a Blink Dagger rushing Mars.

...but he needs some support

The weakest part of Dark Seer’s game also happens to be when the littlest is happening in the current meta. From level 1-4 the hero needs some support to have a playable lane. In the past, Dark Seers have simply Ion Shelled the creep waves and sat in trees to soak experience. After watching experts like OG.Ceb and 33 play the hero I noticed that Ion Shell is a much more selectively used ability early on. Instead of feeding the carry wave after wave of creeps under the tower, they would play the lane like any standard offlaner and try to pull the wave back. Only after acquiring a few levels and chipping through enemy regen items would any aggression take place.

Dark Seer currently sits below a 5% pick rate in Herald through Legend brackets. Meanwhile, as his pick rate increases in Ancient through Immortal, the win rate goes up as well. As much as I dislike the late-game meta, they say that if you can’t beat ‘em join ‘em. Dark Seer really does feel like one of the few non-carry heroes that doesn’t fuel extreme anxiety to play in a slow-paced grindy game of Dota when facing down a late-game lineup.

At the end of the day, Dark Seer is one of those heroes like Batrider, Io, and Chen that reappears every year when millions of dollars are at stake. The wild swings of crypto and day trading might be flashier ways to pursue money but a steady and consistent investment strategy has been proven again and again to be the most reliable way to wealth. Maybe it’s time to take note of what actually wins the big bucks in Dota and invest in a reliable way to impact the game. Dark Seer absolutely does not do as well as he used to in lane. During the days of solo-offlane, the low cost of throwing ion shell on any creep you want made it very easy to get what you needed out of the lane. Gold and xp just came easy, and a point in surge was enough.

Nowadays you're seeing this hesitance to be aggressive with ion shell because you can't spam ion shell. This makes it significantly harder to get farm, as you really need at least two shells going to kill lane creeps without the enemy simply denying them. This is, of course, if the enemy simply doesn't just attack the creep until it's dead before it can do real damage. Better to shell the jungle, mess with pull camps, and prep. That's kind of the bigger history behind what the aforementioned pro players are doing in those early levels.

Anyone looking to pick the hero up: don't pick it against ranged teams. Juggernauts, Tinys, CKs, Svens, DKs, etc, these heroes like to be up close, and you can use that to your advantage so much more easily than trying to vacuum a delta-splitting team of necros, drows, and qops. Hey,
Do you guys respond to messages sent to support@dotabuff?
I am awaiting a reply "As much as I dislike the late-game meta, they say that if you can’t beat ‘em join ‘em". Does this mean that Techies can be the meta? Damn I love this article. Very well explained what makes the hero so strong. Please Gaben no nerfs