The final part in our series, where we discuss the most reliable and successful heroes in each position. Today, we make it to position one heroes: the carries. Compared to the previous patch, there are certainly massive shifts in which heroes are doing well and while we were predicting the resurgence of ranged carries, the actual meta seems to have developed around characters who are in some way counters to the ranged cores.

Void received numerous important buffs in the latest patch, but there are two that clearly stand out.

One is the Shard upgrade and all the consequences of it. The Reverse Time Walk is very nice and it can get Faceless Void out of a bad situation or force an over-reaction from the enemy, but it is the massive cast range increase that makes it absolutely worthwhile. In games where you need to close the gap and get to the enemy backline, it is probably one of the most important upgrades Faceless Void can get.

There is also an equally important side-benefit: this Shard has fully replaced the hero’s Time Walk cast range-extending talents. In their stead, a set of new talents were introduced, with the most important one being +300 health at level 15. With Void already being decently durable and having a survivability tool, this talent makes all the difference at higher levels of play and it comes early enough to impact most of the match.

The second big upgrade is the Time Dilation one: the ability doesn’t deal a ton of damage but it deals just enough to both justify a value point early one and be an asset in teamfights in the midgame. Most numbers on it aren’t particularly impressive, but 775 Radius is worth pointing out. It basically means that as long as you see the enemy on your screen, they are going to get hit with it. That makes it very hard to play into Faceless Void for most support heroes and some casting-heavy cores.

Very little has changed for Luna in 7.29. She got her Shard buffed and received some minor QoL improvements. What did change, is the game around the hero: the economy is slightly different and different heroes are popular in the meta. Very few currently popular heroes punish the passive playstyle of Luna in the first 18-20 minutes of the game. Even fewer are as battle-ready as Luna with MoM + BKB + S&Y or Hurricane Pike before the 25-minute mark.

Luna is more than capable of running away with the game. She is a decent laner, courtesy of Lunar Blessing and high base stats. She is a very fast farmer, courtesy of Moon Glaives. As long as the enemy doesn’t get to invade her triangle too much, or doesn’t overrun the map early on, Luna feels very comfortable.

Unlike many other carries, Luna also has an option of going full artillery mode with mixed magical and physical damage. Her Shard is far from being mandatory, but with the right talents and under the right circumstances it can be pretty obnoxious. The same can be said about her Aghanim’s upgrade.

We honestly didn’t expect the hero to appear on this list, but according to stats from the last month, Slark is among the most reliable and successful carry heroes of the patch, at least in the highest level brackets. With a 11.5% popularity and 52% win rate, Slark is a whole percent ahead of Wraith King in terms of success, while being almost twice as popular as Riki. WK and Riki were the closest two contenders for Slark’s spot on this list.

We also don’t fully understand why Slark is doing so well: the hero didn’t receive any major buffs. He isn’t a meta beneficiary like Faceless Void and Luna: isn’t as much of an ultimate weapon in the late game as the former, doesn’t have the fraction of the farming speed of the latter. There weren't any changes to the hero's build either: it is still Diffusal Blade into S&Y, Agh's, and then a techy stat item, be it Skadi, Abyssal, or BKB.

Our best explanation for this phenomenon has less to do with the hero’s strength in vacuum or the overall meta, and more to do with the offlane meta specifically. The offlane is currently occupied by Dawnbreaker with ~23% popularity, who is a common position four as well, Centaur and Mars with ~16.5% popularity each and Axe, at ~13.5%. Of these, we feel only Axe is a problem during the laning stage and throughout the match. This means Slark should usually have at least a decent start, he can later transform into a solid midgame to close the match.

There might be other factors at play here, so do not hesitate to share your thoughts on why Slark is suddenly doing so well. 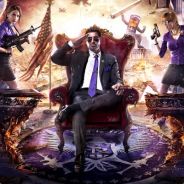 Slark's shard is incredibly broken. At best its a game winning item. At worst it's a second ultimate with less mobility. For only 1400 gold thats insane

Top carries are Jugg, Bristle and Medusa. Those mentioned above are far from broken. 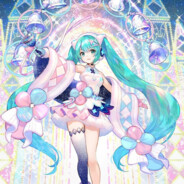 2k opinion: slark feels strong in the current heal and sustain meta with tanky offlane cores - also nice to purge hex off the lion or ss in every game Honestly I feel like Jugg is a bigger beast. Might be my 2k pleb "skills" talking but once he gets a few items (Maelstrom/BF, SnY and Aghs) he's nigh unstopable. And if we're talking about the range carry meta, this guy has nearly everything to counter it: Very hard to kite through bladefury and his high MS, doesn't shy away from getting a cheeky blink and his sustain in lane is very high with his healing ward. Combine that with decent farming speed through his natural item build and a decent laning support this guy is unstopable. Beat him in lane, he'll retreat to the jungle and play catch-up there Personally, I don’t like luna in the current meta. It’s win rate in DPC is also trash. However, it has 53% win rate in pubs. Idk how, but it works in pubs

Luna is better as a mid than safelane imo...

get magic then build physical once u snowball Try this with Luna, MoM Lance Daedalus, with right situation can get by 20 mins -- crit glaives are insane and you can often lifesteal through entire team fight I'm pretty sure slark is so common/strong right now because so many tanky heroes are being played. If you're good at getting in and out you can get those stacks of essence shift up pretty high before you know it. If tanky offlaners are meta why the lifestealer isnt in the list? with the change on Satanic, and having him build s&y and satanic hes so damn op.

I personally likes this article, i dont know why but always the low mmr one a.k.a archon-legend that always have the most theory about dota game. But again who i am to judge